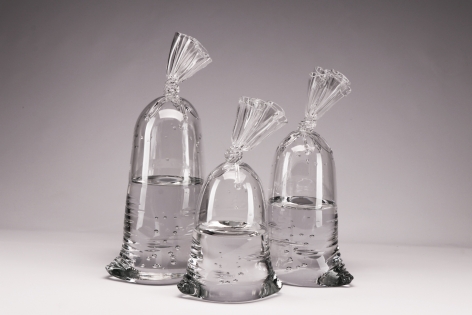 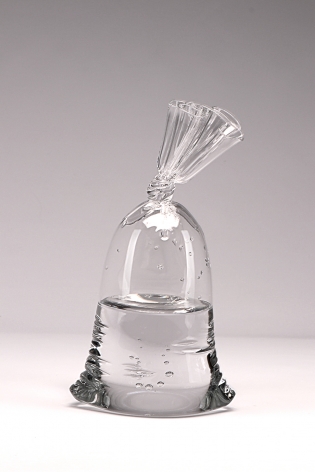 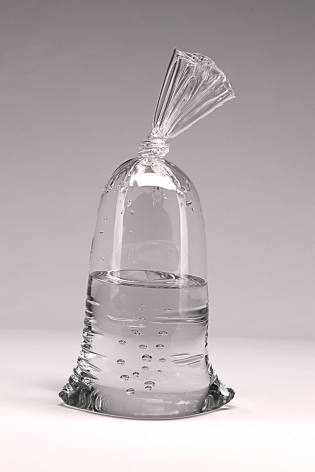 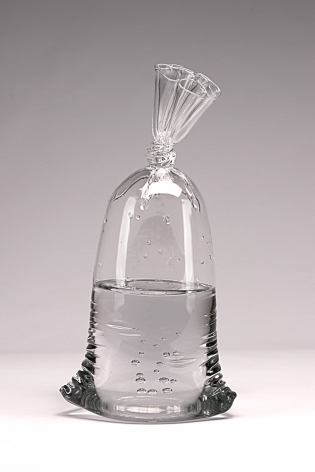 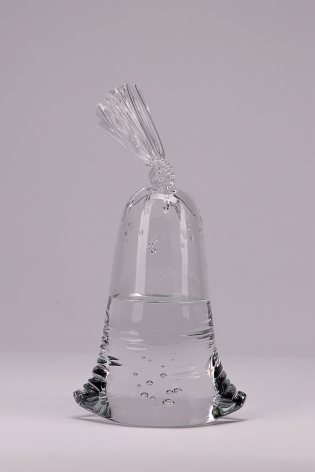 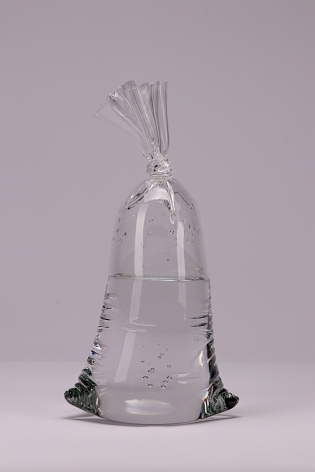 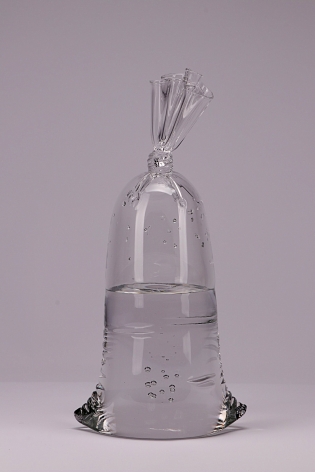 Dylan Martinez' art often examines the boundaries of human perception. His work challenges the viewer's expectations through the manipulation of light, space, and the optical properties of glass.  While influenced by traditional techniques in glass making, he constantly strives to discover novel approaches to exploit the material and create a lens to view the world afresh.

Martinez states, "Our vision has the greatest effect on our understanding of the world.  Through my artwork, I create scenarios in which the viewer must question their capacity to navigate between reality and illusion. My curiosity of perception is driven by the fact that I am red-green colorblind. Having a deficit in my color vision is an alternative way of seeing. Inspired by Trompe L’oeil, 'H2O/SiO2' is entirely hot sculpted glass, which appear as bags of water. The trapped movement of the rising bubbles and the gesture of the forms convince the eye that the sculptures are just as they seem. What is fascinating is that our desires often override our perception of reality and you believe what you think is visible as the truth."

Dylan Martinez is from Stillwater, Minnesota. He received his bachelor’s degree in broad field science at The University of Wisconsin-River Falls in 2008. In 2017, he received his MFA in glass, at Ball State University in Muncie, Indiana.  Dylan opened his glass studio in White Salmon, Washington (formerly White Salmon Glassworks) in October 2017.