Bane Gallery (Brooklyn), 117 Grattan Street, #307 Brooklyn, NY 11237, in association with Lyons Wier Gallery, is pleased to present its inaugural exhibition “Everyday People,” a new body of work by artist David Lyle. This new series of paintings from Lyle is based on things the artist has observed or overheard from people while living in New York the past 15 years. Instead of featuring normal New York citizens in the paintings, he has replaced them with ‘monsters’, creating a dark, yet comical commentary about living in New York City. Featuring werewolves, witches, ghosts, skeletons, etc., Lyle’s paintings expose a side of New York that anyone who has lived in the city can relate to.

Lyle continues his painstakingly reductive process which is a very crucial element to the evolution of his final image. Each painting is crafted using only black oil paint and turpentine. Lyle begins his process by priming a wood panel with white gesso. He then paints a thin, rich, oily black veneer over the primed panel, slowly and systematically developing his images by removing some of the black paint with a cloth. In doing so, Lyle renders various values of black paint resulting in his signature-style of luminescent monochromatic works. 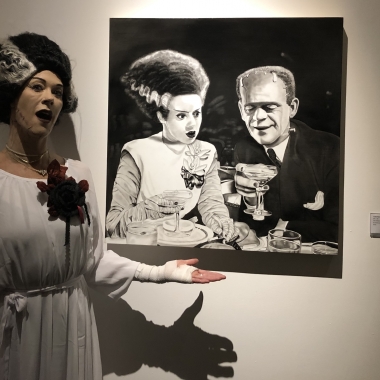 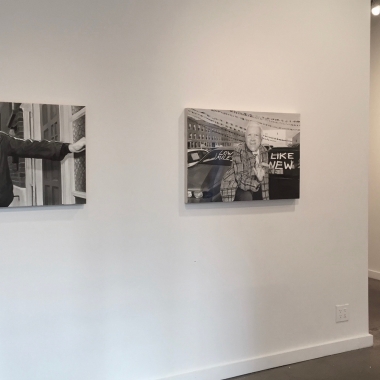 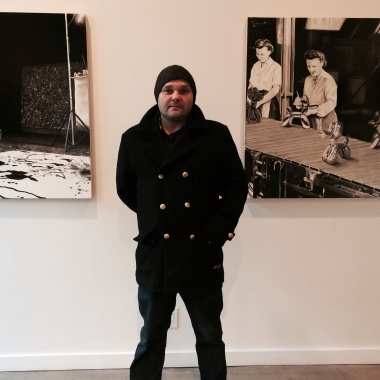